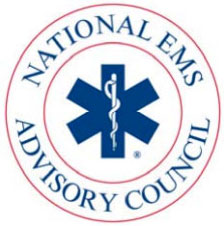 In February, the National EMS Advisory Council held a two-day virtual meeting, the last for many members of the council whose terms expired. Despite the meeting being their last, it served as another productive session for the council, which is authorized by Congress to make recommendations to the federal government on EMS-related issues. You can find meeting materials, as well as information about future meetings, on the NEMSAC meeting page.

During their tenures, these members of the council addressed numerous critical issues facing the EMS profession, from finance to the opioid crisis to mental health and wellness. At the most recent meeting, they discussed the role of EMS in public health emergencies, body cameras, human trafficking, diversity and inclusion, data sharing and more. They also worked on and debated several council advisories, covering topics such as the education of EMS clinicians, EMS resource allocation during disasters and patient elopement during transport.

For outgoing NEMSAC Chair Vince Robbins and Vice Chair Anne Montera, the meeting marked the culmination of several years of hard work and a chance to reflect on their time on the council.

“NEMSAC is the only federally mandated official advisory group talking about all these issues related to EMS,” Robbins said. “Federal agencies might not always be able to implement them, but they read them, they respond to them and they take them seriously. So if you’re an EMS clinician in the field, NEMSAC holds great sway over your future because the people sitting on that council are making recommendations that these agencies are going to act on.”

Montera said one of the highlights of her tenure on the council has been the efforts of every member to collaborate and reach as much consensus as possible, while still pushing the profession forward. She hopes the next council will follow a similar path.

“Taking the time to research the advisory and back it up with data helped build consensus,” she said. “That’s equally important as having the well-researched advisory, to really strive for unanimity.”

The council received a record number of applications for open seats, with those positions expected to be appointed before their next meeting, which will be held virtually on August 11 and 12.

Members of NEMSAC are appointed to represent a specific sector of the community, such as public health or fire-based EMS. EMS clinicians, leaders, their partners throughout healthcare and members of the public are encouraged to learn more about NEMSAC and reach out to the members who are appointed to represent their interests. To make sure you know when the new appointees are announced and for more information about how to attend meetings, sign up for email updates from the NHTSA Office of EMS.