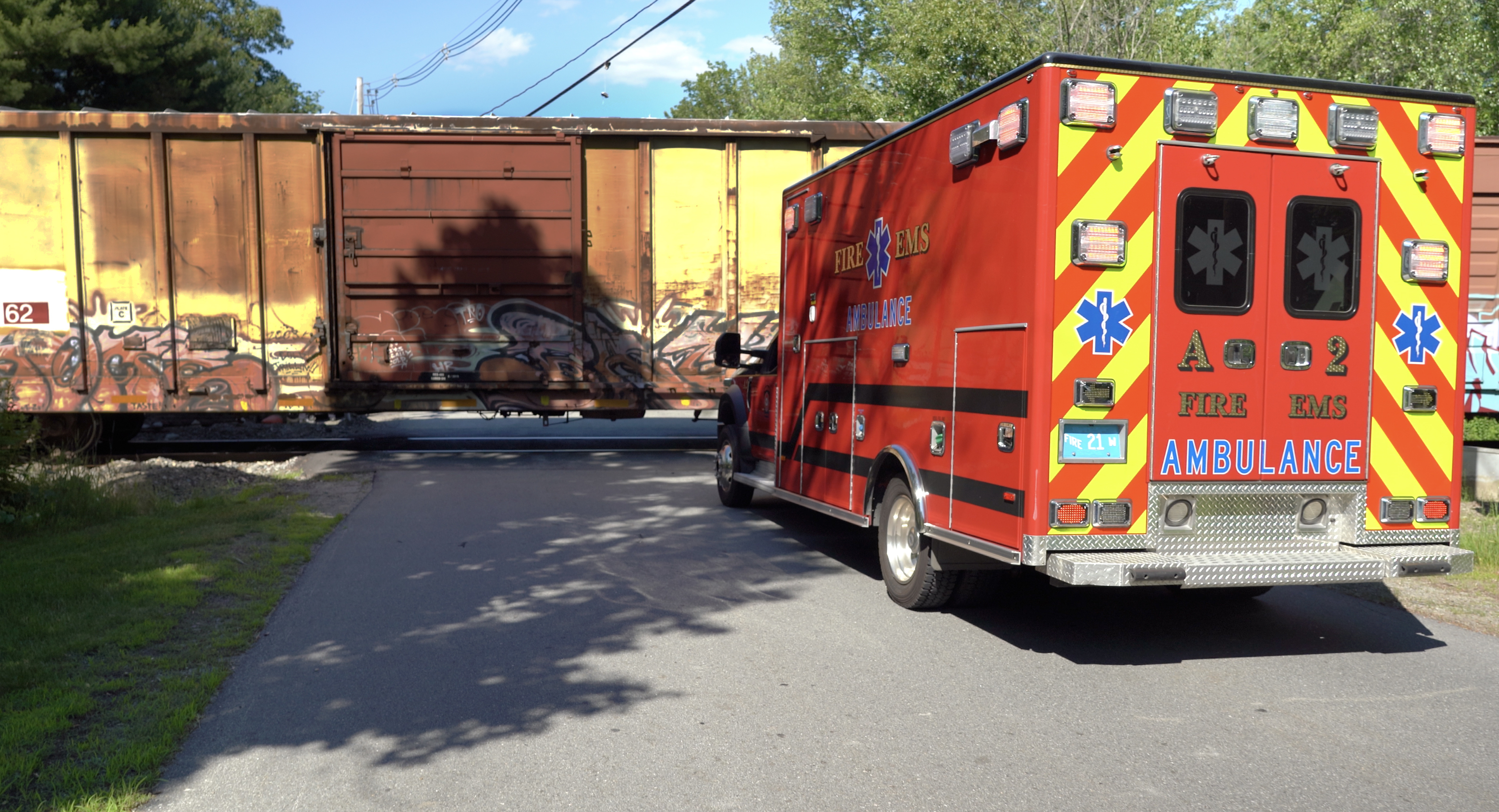 If you’ve been in EMS long enough, it’s probably happened to you: You’re on the way to an emergency call, or taking a patient to the hospital, and you have to stop for a train.

In most cases, the train quickly passes, or there’s an alternate route. But sometimes, a train is stopped on the tracks, delaying EMS and other first responders and potentially impacting patient care. This can be especially problematic in rural areas, where there might not be an easy way around or another ambulance to dispatch.

A recent news story even highlighted an ambulance that was delayed for several minutes while treating a patient in cardiac arrest. While the delay may or may not have made a difference in the outcome in this particular case, the story highlighted the possible detrimental effect of similar situations.

Fortunately, resources exist to help first responders facing these circumstances. According to Michail Grizkewitsch with the Federal Railroad Administration’s Office of Railroad Safety, one of the first things responders can do is look for a blue Emergency Notification System sign with two sets of numbers on it. One is the phone number that will connect them directly to the railroad dispatcher overseeing that specific track. The other number is a unique Department of Transportation identifier for that crossing, so you can quickly let the dispatcher know where you are.

“First responders should directly call that number so they can immediately talk to the railroad dispatcher,” Grizkewitsch said. By calling from the scene, rather than asking their emergency communications center to call, the responders can save critical time and provide important information directly to the railroad. Using the phone number on the sign is critical

In addition to using the ENS number to report or request information about a blocked crossing, it can also be used to notify the railroad of malfunctioning crossing warning devices or emergencies on the tracks, such as a stalled vehicle. (EMS clinicians and other first responders should always follow their state and local policies for making notifications.)

The FRA is also tracking railroad crossings that are chronically blocked to try to correct problems and avoid future delays to emergency vehicles. In 2019, FRA launched the Public Blocked Crossing Incident Reporter web portal to enhance our knowledge about blocked crossings, and they encourage affected persons, including emergency responders, to submit reports when they encounter such conditions. The information and data collected is used by FRA and other regulators to work with the railroads to correct these issues and minimize the impact of blocked crossings.

The Federal Railroad Administration has also created educational materials that go into more detail on these topics as well as other railroad safety issues relevant to first responders.

Another resource provided by FRA is the Rail Crossing Locator Mobile App, which shows all grade crossings and includes the information posted on the blue ENS signs, in case a sign is not visible or damaged. Organizations can also access a GIS layer with the same information, which can be inputted into a computer-aided dispatch (CAD) system or used for planning.

FRA has also created a series of videos for first responders that outline railroad safety and emergency response information. The videos, fact sheets and other information can all be found on the FRA’s first responder resource page. A new video, created specifically for educating EMS personnel, is also in production and will be available later this year. Make sure you are signed up to receive updates from the NHTSA Office of EMS to find out when the video is available and how to access it.