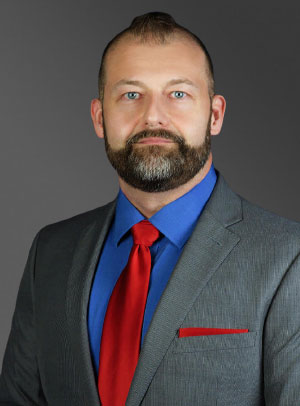 After graduating college, biology major Clary Mole took a job as a lab tech not far from the rural South Carolina community where he grew up. After a couple years, his colleagues encouraged him to pursue more education in laboratory science, which led to the realization that he was bored in the lab. So, he looked into EMT classes instead.

“It was kind of serendipity,” Mole says.

Nearly 20 years later, Mole has dedicated his life since to EMS—first as an EMT and then paramedic in Charleston County and Greenville County, South Carolina, and later as a field training officer, educator and director of education and staff development for Grady EMS in Atlanta, Georgia. Last month, Mole moved to Washington, DC, where he recently started in his new role as an EMS specialist with the NHTSA Office of EMS.

With a passion for education and workforce issues, Mole is excited to jump right in and work on some of the important national projects happening now, finding ways to have an impact at a different level. At the local and state level, he was recognized for his efforts to transition national guard medics into the civilian workforce. He also served on Grady’s Biosafety Transport Team, which was dedicated to the transport of patients with deadly infectious diseases such as Ebola.

At NHTSA, Mole will help with numerous efforts, including supporting the work of the Federal Interagency Committee on EMS and the National EMS Advisory Council. Both FICEMS and NEMSAC were instrumental in calling for a new vision for the future of EMS, which led to the creation of EMS Agenda 2050—a project that has inspired Mole since its release nearly two years ago.

“EMS Agenda 2050 just thrilled and elated me, every bit of reading that,” Mole explained, emphasizing his desire to help move the profession forward and help earn EMS more respect among healthcare colleagues.

You can learn more about Clary Mole and the entire staff of the NHTSA Office of EMS, as well as how to contact them, by visiting EMS.gov.